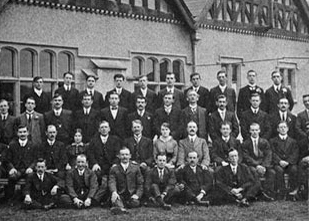 The origin of the Llantrisant Male Choir can be traced back to a concert at a wax works exhibition in the town of Llantrisant on St David’s Day, 1st March 1898.

Since then, the choir has been in continuous existence, even throughout the two world wars, performing at local community celebrations, charity events, corporate functions and wedding ceremonies.

We continue to figure prominently in local annual services and events throughout the  year particularly during the festive season. On Remembrance Day in the town we are proud to gather at the Bullring, Llantrisant with local dignitaries and residents to sing and pay respect to those who have fallen in the great wars.

Apart from Welsh and English we’ve also learned to sing a few songs in French, German, Spanish and Italian! 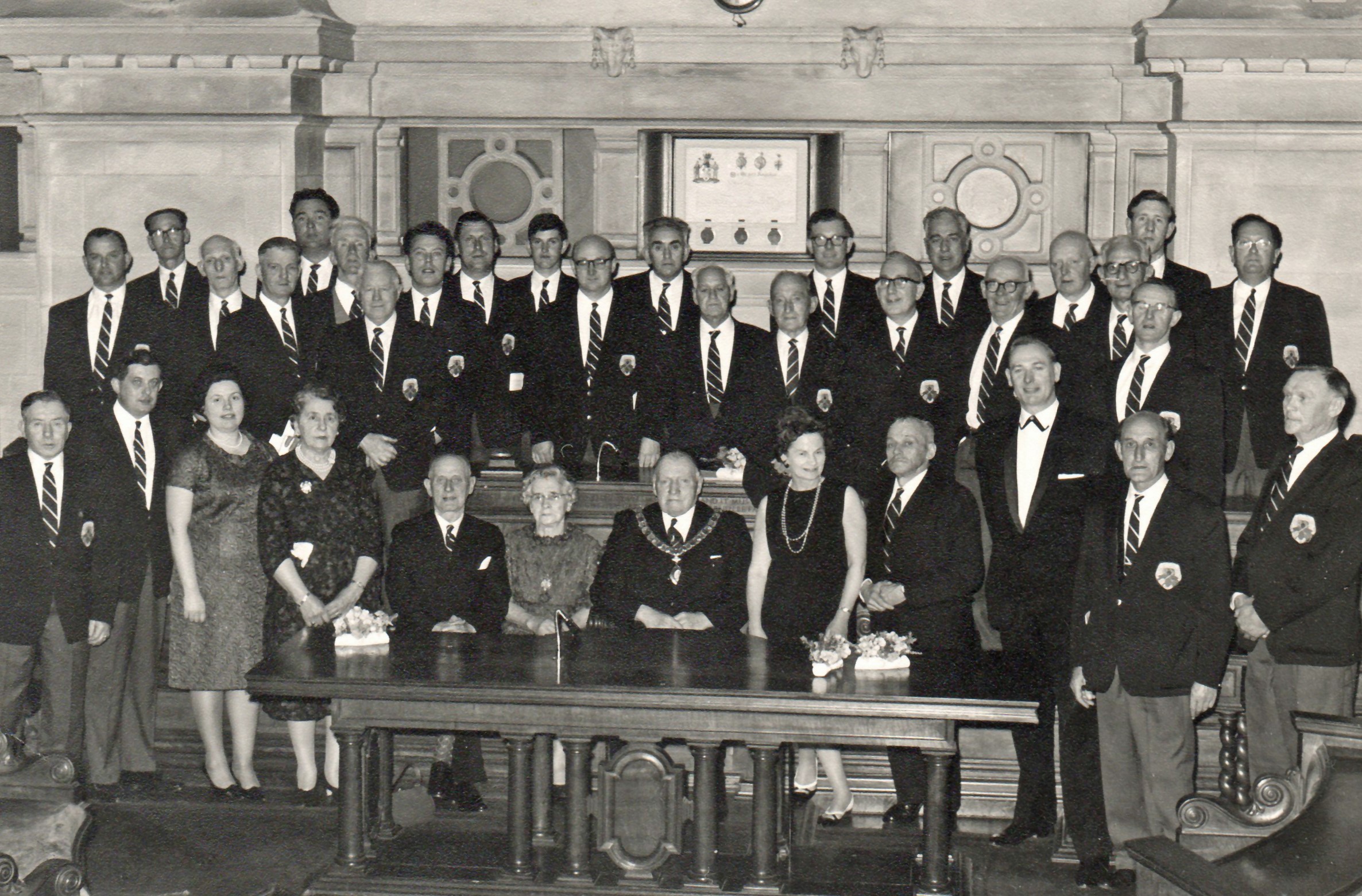 1966 The Chairman of Glamorgan County Council. Cardiff invited the choir and members of Castellau Church, Llantrisant, to a dinner in their honour. 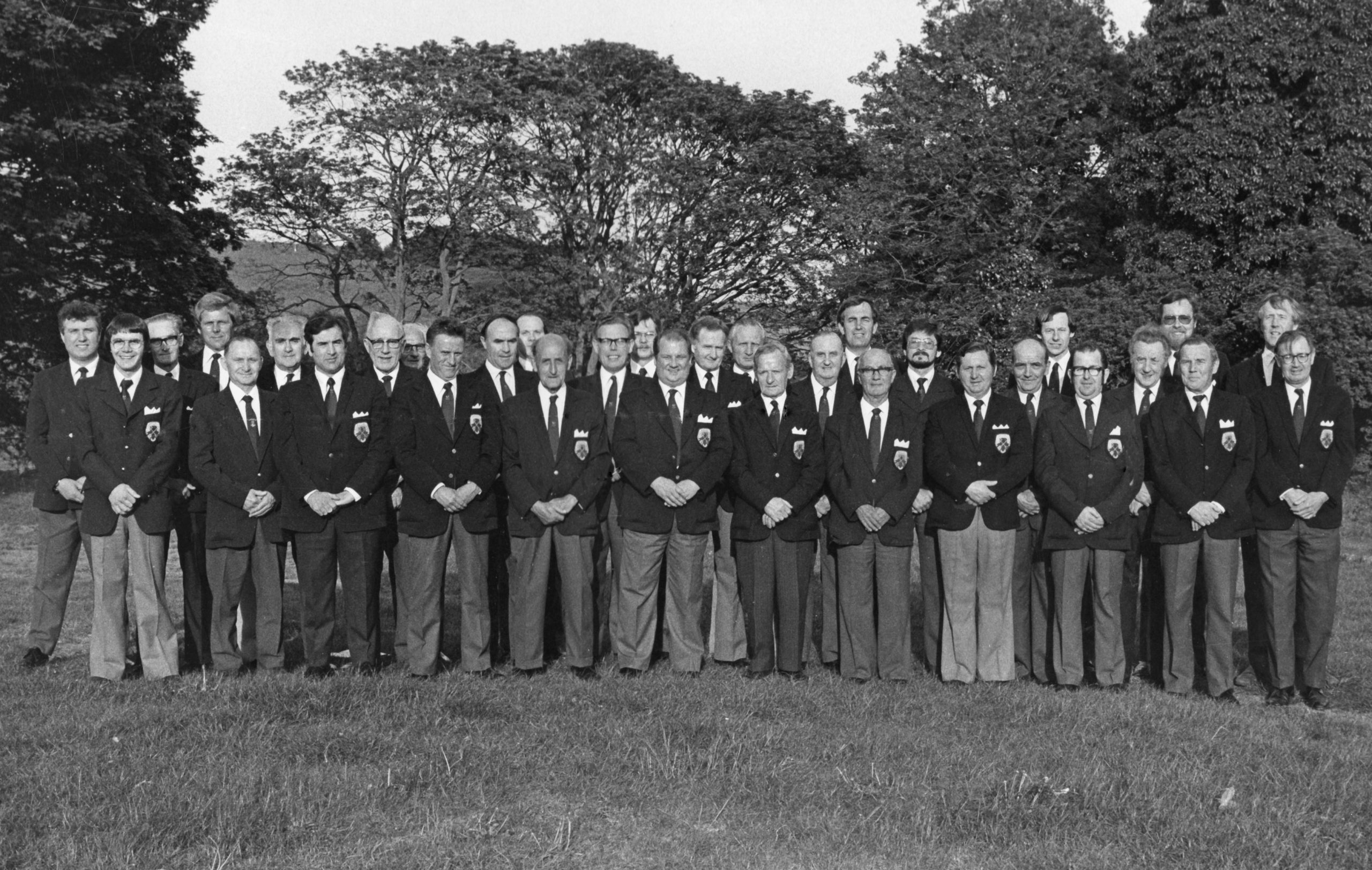 The choir in 1978 at the Guild Hall on the Castle Green, Llantrisant. 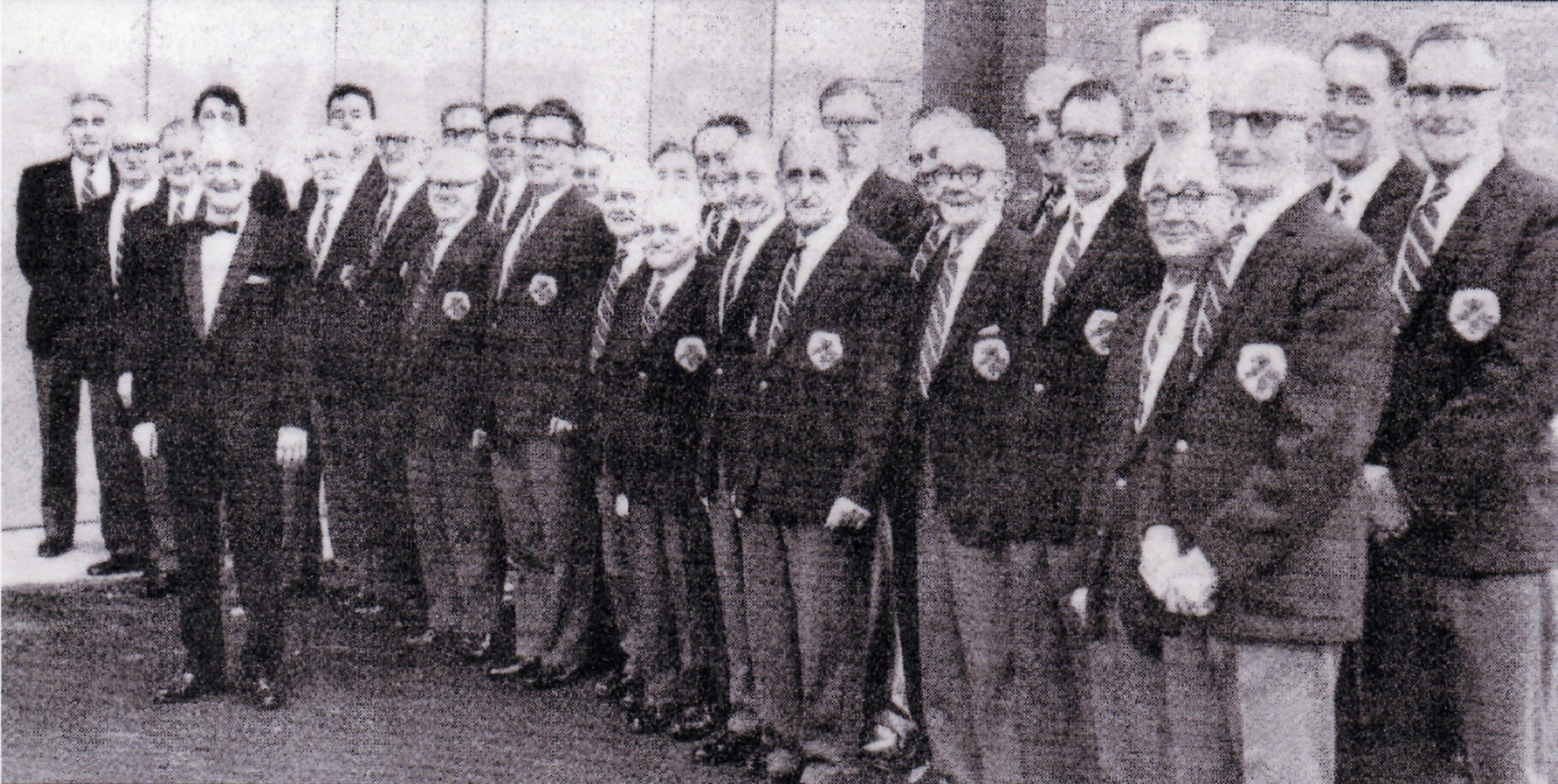 We have performed before Royalty on several occasions. One of the most memorable and notable being the honour of performing at the opening ceremony of the Royal Mint, Llantrisant  on 17 December 1968. The choir performed the National Anthem following the unveiling of a plaque to mark the opening by Her Majesty the Queen, accompanied by the Duke of Edinburgh and the Prince of Wales.

Our Choir led the Coronation celebrations in the town of Llantrisant in 1953, the unveiling of the War Memorial at Miskin and at the Investiture service in the town in 1969.  We’ve also featured at the Morriston Tabernacle Church on the television programme “Dechrau Canu, Dechrau Canmol”.

Member of the Welsh Association of Male Choirs

The Welsh Association of Male Voice Choirs was formed in 1962 by twenty -six choirs to collectively address the needs of Male Choirs and has increased in numbers and experience since. The association sponsors the Festival of Massed Choirs at the Royal Albert Hall, London.

As proud members of the association, we enjoy wider choral opportunities participating in the Festival of Massed Male Choirs on nine separate occasions since 1978.

Sadly, the concert scheduled for May 2020 was postponed due to the COVID – 19 pandemic. Whilst no date has been set for the new concert we look forward to the time when we can participate once again. 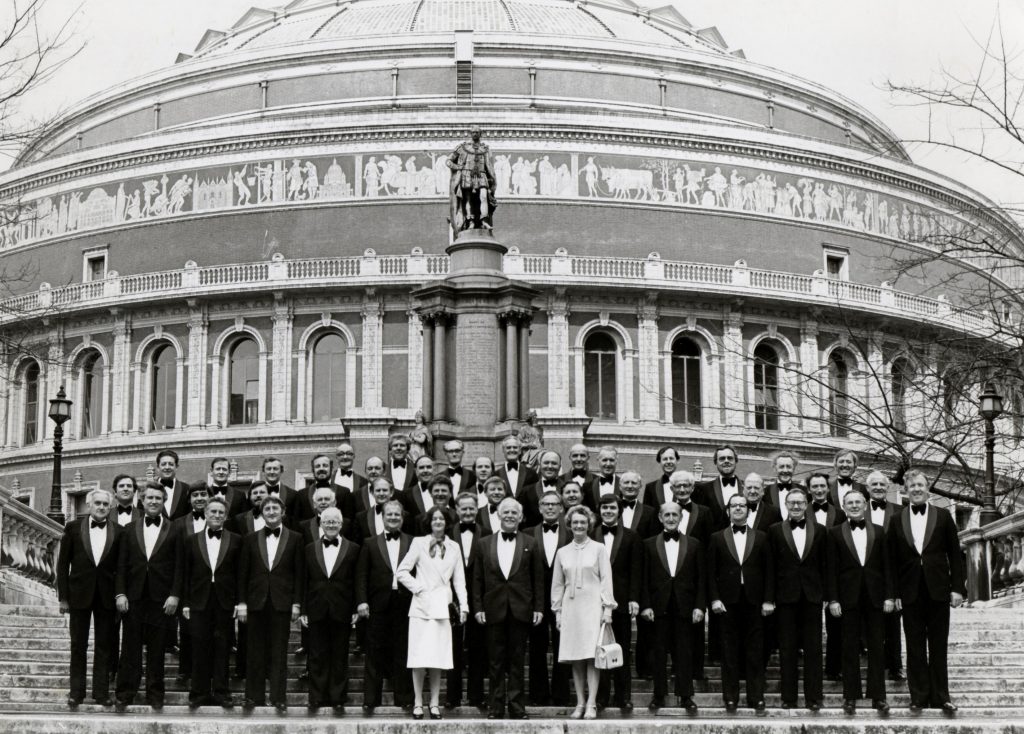 We’ve travelled extensively throughout the world on many occasions, performing in the USA, Germany, France, Poland, Cyprus, Austria, Jersey, Belgium, Slovakia and the Netherlands. We maintain the strong beneficial relationships we have built up through our regular exchange visits.

Although our base is in Llantrisant, we also benefit from the connection neighbouring Pontypridd shares with its twinned town of Nürtingen in Baden-Württemberg, Southern Germany. This provided an opportunity in 1996 for our choir to visit Nürtingen to perform in the impressive Stadthalle Concert Hall, following which the Mayor hosted a lunch reception for the choir. During our visit, we performed in local hospitals and schools.

In 2009 our choir was the Welsh choir chosen to commemorate the 65th Anniversary of the freedom from German occupation of the city of ‘s-Hertegenbosch in Holland. In 2011 the choir was invited to sing at the Salon Varietés Theatre, in Fuengirola, Spain.  In 2017 the choir toured and performed in Italy and we are currently preparing for our next tour of Malta. 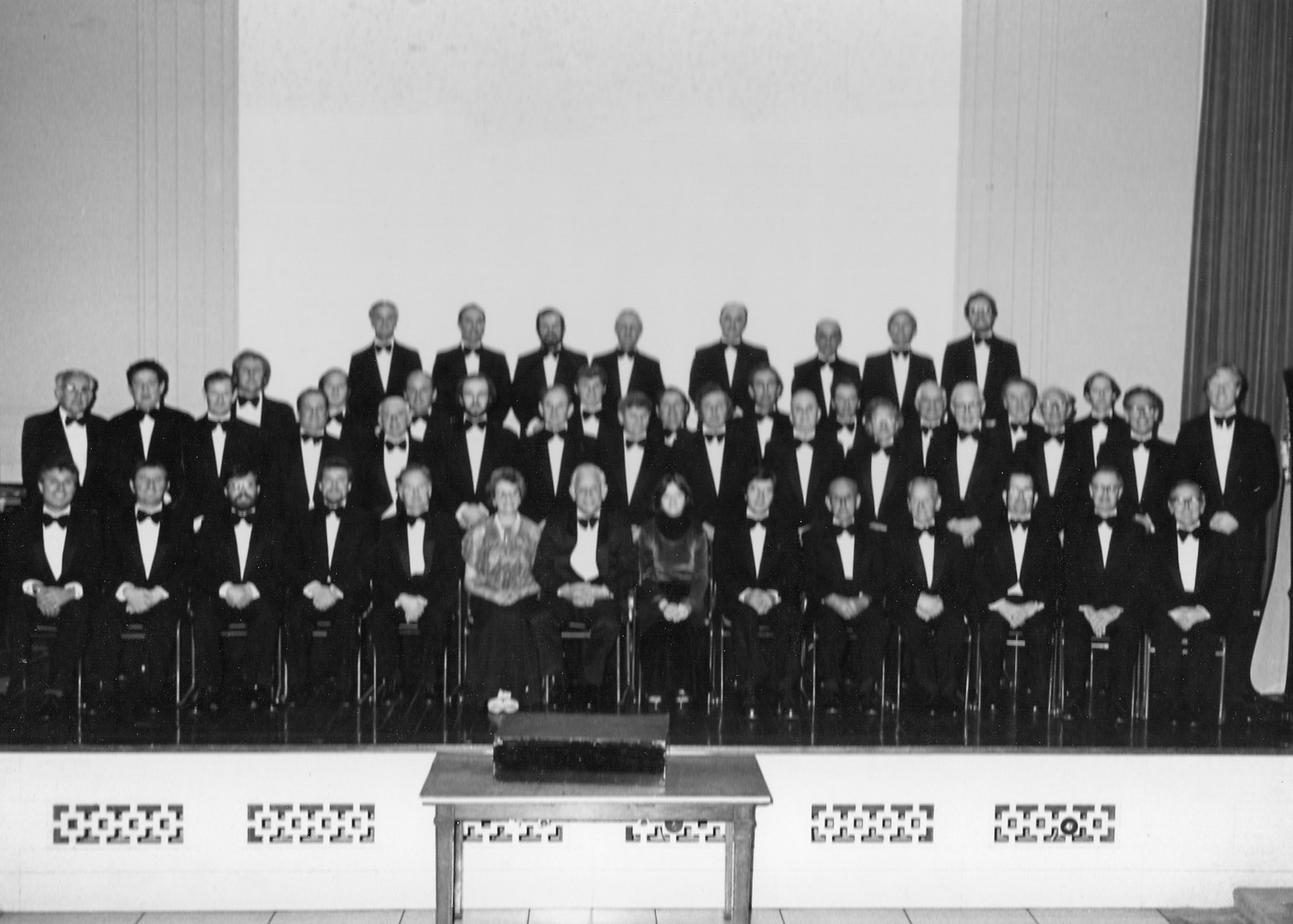 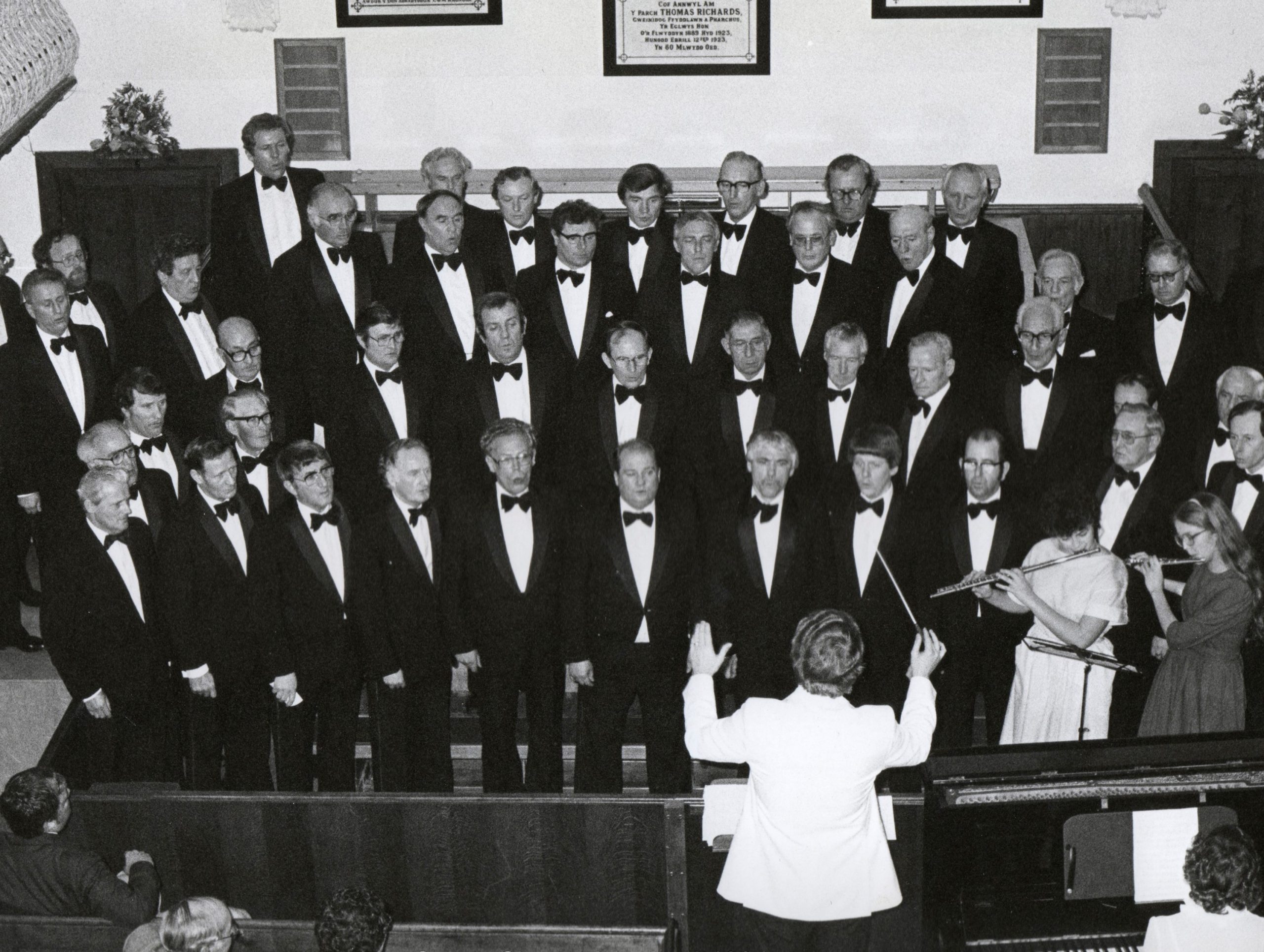